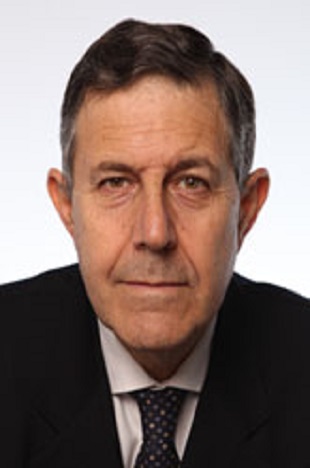 Giampaolo has a highly decorated career as a published economist, academic and executive, with over 40 years of experience, where his expertise includes financial analysis, corporate governance, capital structures, taxation and global economics. As a Senior Advisor at The Terra Fund, Giampaolo advises on economic development in the financial and/or banking industry, analyzes social impact in regional economies and global markets and works with employees at Terra to assess their needs for economic analysis and in social impact programs.

Giampaolo has held multiple roles in finance, economics and academia and began his career as an Investigator at the International Monetary Fund in Washington, D.C and then as an Investigator at the Bank of Italy, where he researched the monetary market, performed economic research and interpreted economic forecasts. He then went on to hold the position as Head of the International Department of Studies at the Bank of Italy, where he managed international monetary relations within the European Monetary System, where the system includes most nations of the European Economic Community to prevent large fluctuations of their currencies relative to one another.

Furthermore, Giampaolo was Chief Economist for Confindustria, where he performed methodological research, economic analysis, interpreted statistical data for quality and accuracy based on government standards and interacted with national public agencies and private companies. He then went on to become the General Manager of the National Association of Insurance Companies, where he oversaw the social, legal and legislative issues concerning the insurance industry and further developed and promoted the culture of safety and prevention of natural disasters to employees and the general public. He has also represented Italy on the international stage and was on the Monetary Committee of the European Union, Economic Policy Committee of the OECD, the Committee of Substitute of the G10, and has been a Member of the National Institute of Economic Research and Member of the group of Economic Advisors to the President of the European Commission.

Giampaolo has also published numerous publications, with topics from fiscal policy, monetary policy, public debt and global economics, where his first publication was Money Market and Foreign Exchange Market in Italy: Notes for the Construction of an Economic Model in the Bank of Italy: Research on Models for Economic Policy and more recent publications, include Tax Expenses and Coverages for the Budget Law and Flat Tax and Fiscal Expenses: A Difficult Balance.

Giampaolo graduated with Honors from Bocconi University of Milan with a Bachelor in Political Economy and later attended the Massachusetts Institute of Technology and received his Doctorate in Economics, where his research was supervised by Franco Modigilani and Robert Solow, where the research with the Economists, included risk theory, financial systems and global economics. Giampaolo is also currently a Professor of Political Economy at the Catholic University of the Sacred, where he teaches econometrics, monetary policy, economic policy and market globalization of the private and public capital markets.