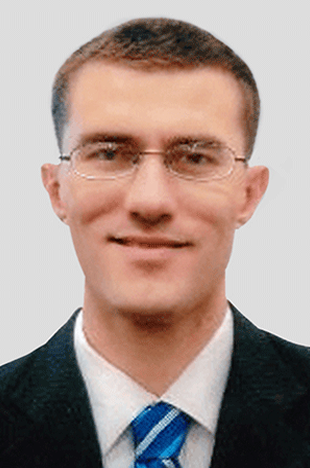 Peter specializes in patent law, trademarks and contracts and brings more than a decade of legal, professional and military expertise to The Terra Fund where he helps Terra navigate the development and protection of intellectual property. As Terra’s Intellectual Property Advisor, he brings a deep understanding of patent applications, appeals and prosecutions enabling Terra to recognize and identify the factors that make their investment approach unique. His skill and background has made him an expert whose opinions are sought throughout the industry, where he is a critical part of the team ensuring our proprietary approach is protected for the long–term.

Peter joined the United States Army in 2009, where he served three years in active duty deployed in Iraq as a Special Weapons Team Leader completing forensic analysis on bomb scenes and performing intelligence work on enemy tactics, techniques and procedures. He rose to the rank of Second Lieutenant and, after being honorably discharged, went on to join the Texas Army National Guard where he currently serves as a Company Commander assisting state and local authorities in times of state emergencies. He gained valuable experience as a member of the intellectual property team at Rosenthal Pauerstein Sandoloski Agather LLP, where he worked with the USPTO to conduct patentability assessments, drafted claim charts, validated patents and explored non–infringement opinions for use in patent litigation. He founded the Pete Adams Law Firm in 2019 and went on to further establish his credentials in patents, trademarks, contracts and has become recognized as an expert in the field of intellectual property protection.

Born and raised in Connecticut, Peter graduated from Rensselaer Polytechnic Institute with a Bachelor of Science in Chemical Engineering, before enlisting and completing his military service in the US Army. He attended St. Mary’s University School of Law where he was involved in the Military Law Association and the San Antonio Bar Association’s Community Justice Veteran’s Clinic, completing more than 140 hours of pro bono legal work benefitting veterans in the San Antonio area prior to earning his Juris Doctorate in 2015. Peter and his wife LaShandra live in San Antonio where he continues his local community involvement through the Texas State Guard, Texas Young Professionals and the San Antonio Lawyers Association.